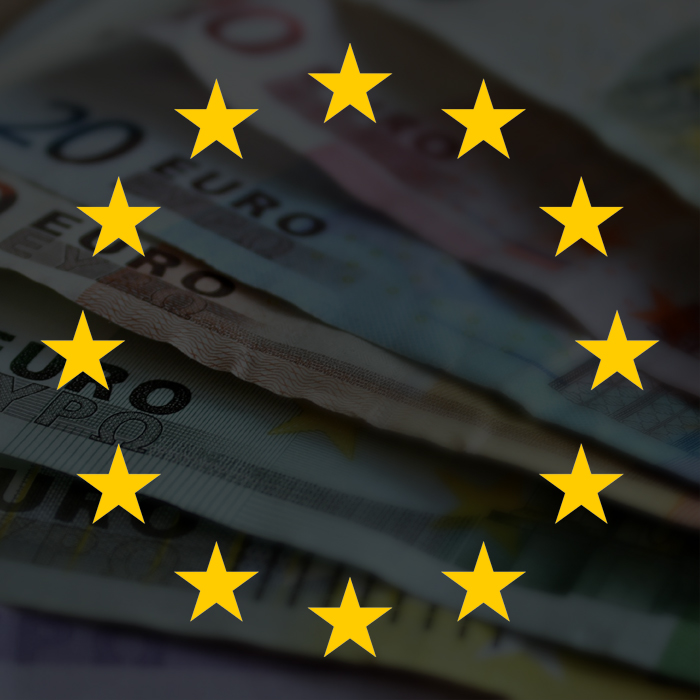 Soon it is time for the important vote on copyright reform in the European Parliament. Google and Facebook have with their deep pockets managed to leverage influence in Brussels. The fact that corporations are trying to skew law makers isn’t that unusual but we are still surprised by the number of parliamentarians that haven’t called the bluff. Therefore, Skap want to ask one simple question to European politicians: why would US Big Tech spend billions on influencing EU policy?

Late March it’s time for the EU parliament to vote about reforming copyright for the digital age, and after a long process the legislative proposal on the table is quite redrafted after all stakeholders have had their say. Compromises were made, member nations sovereign interests has been taken into account and, in some cases, entire paragraphs totally rewritten or excluded – all normal procedure in the machinery we call democracy. Those of us who work to strengthen composers’ rights have done as much as we can to influence the politicians influencing the reform, both nationally, through Skap, and in Europe, led by ECSA (European Composer & Songwriter Alliance). Creators all over Europe will be truly affected by a modernisation of European copyright, and after two decades of shooting-from-the-hip, take-what-you-want, do-what-you-like on the internet, things may truly change.
The opponents to the reform – Google and Facebook supported by an alliance of pirates, greens, liberals and others – have reached parliamentarians very effectively, they are wealthy and have strong self-owned platforms. No debate there. But they are not guided by democratic values. They are not democracies. These facts have barely made it through the noise the debate has created, though they should be on top of everybody’s mind, or more rightly so make the market adapt to their models when it’s time to vote. Google and Facebook may be listening to their users, promote transparency and use modern agile methods to develop the algorithms, thus ensuring that the billions of dollars keep rolling in. They are the most efficient companies in the world when it comes to market adaptation; they change their language all the time, they reformulate their missions and visions and, often via proxies, claim to be the best representatives of ”the voice of the people”. But they are merely promoting a business – not democracy.
Even though this is the case, Google and Facebook have many politicians in their pockets, the lobbying before the reform bore fruit: mainly representatives for Europes single-issue parties have run to their help, eager to repay the companies that helped them get elected or spring into media orbit, willing to believe that they where merely helping European politics, not blackmailing it. Google changed their motto in 2015, from ”Don’t be evil” to ”Do the right thing”. If you need to remind yourself and the world that you are indeed a GOOD entity, chances are, you have some doubts about the accuracy of this yourself. But this projected image has helped them win over influential people, that are battling every day for their masters – amplifying anti-reform messaging on social media, trying to make it a ”rich artists vs. common people”-battle when the whole debate is more ”people vs. profits” than anything else. But the image of a democracy with two equal sides, millions and millions supporting Google and Facebook, that is an image that is crackling: we have seen it many times the last few years. With the help of social media and some very loud voices, there seems to be nothing they can’t achieve – be it radical political agendas and for-profit companies’ goals. But the world is catching up – people will no longer stand for messages amplified by thousands of bots and automated ”mail storms” to influence elections. The democracy in the EU is worth too much to let strong and rich companies influence important votes.
Remember: Google and Facebook are not democracies no matter what they and their lackeys say, just like not every point in the reform has a counterpoint that politicians need to consider just because these companies lobbyist have tapped into online influencers and their army of pirates. The reform has over time been discussed back and forth by representatives for 512 million citizens in 28 nations, in order to set up some new rules to govern for-profit organisations. That there are special interest groups is a given nowadays – but these groups suitability to influence the debate varies, to say the least. The companies whose economy is the very core of the entire reform and debate are not a special interest. Organisations representing hundreds of thousands of creators; musicians, journalists, authors, film makers and visual artists, trying to make a living in a very competitive cultural sector are, in short, better suited for influence than 5 000* shareholders.
In the end, who is most suited to represent ”the people” is up to every citizen and individual parliamentarian to decide, of course, but when it comes to democratic process and will to compromise, one can keep Mark Zuckerbergs motto in mind: ”Move fast and break things. Unless you are breaking stuff, you are not moving fast enough”. You can always ask for forgiveness post breakage. Because that’s the way Big Tech looks at Europe: as a continent that is so slow to adapt the US-style ”the market shows the way” attitude. If delivering Trump and Brexit are part of your success case portfolio, maybe this is necessary for Big Tech’s shareholders to be able to sleep at night. But it doesn’t work to guide a huge democratic project such as the EU.
It is now time for Europe’s legislators to catch up with Big Tech in the digital arms race, and stronger copyright laws are a very important step toward fixing what has been broken as a result of Mark Zuckerberg ”moving fast enough”.